Wing Young Huie has been photographing the dizzying socioeconomic and cultural realities of American society, much of it centered on the urban cores of his home state of Minnesota. Although his work has been exhibited nationally and internationally, his most well-known projects are large-scale public installations, including Frogtown (1995), Lake Street USA (2000) and The University Avenue Project (2010), which transformed major Twin Cities’ thoroughfares into epic photo galleries, reflecting the everyday lives of thousands of its citizens in the midst of some of the most diverse concentrations of international immigrants in the country.

In 2000 the Minneapolis Star Tribune named Wing “Artist of the Year:” “Lake Street USA is likely to stand as a milestone in the history of photography and public art.” The resulting book was also hailed by the Star Tribune as one of 25 great books ever published about Minnesota.

Wing has conducted hundreds of lectures and workshops throughout the country and internationally to audiences of all kinds, including K-12 classrooms, colleges, museums, non-profits, and corporations, engaging participants with his many photographic projects that reflect America’s dizzying and changing cultural landscape; providing a collective window and mirror of the them who are really us.

The Third Place, a gallery that Wing opened in 2012 on the corner of 38th Street and Chicago Avenue in South Minneapolis, furthers his concepts of using art as a community-building catalyst. Once a month events are held, featuring artists and thinker from a wide array of disciplines mediums who engage in a salon-style discussion with the audience, followed by ping-pong and karaoke.

Whether in epic public installations or international museum exhibitions, my intent is to create up-to-the-minute societal mirrors of who we are, seeking to reveal not only what is hidden, but also what is plainly visible and seldom noticed. 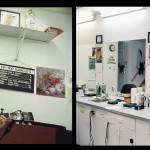 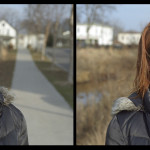 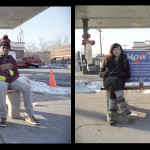 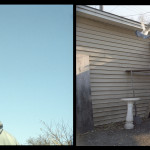 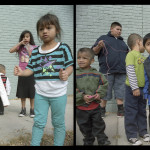