The first time I saw Hilda, I was standing in my neighbor Nicole’s lawn discussing the neighborhood preschools while our daughters, Sabine and Amberley, squatted on the sidewalk. Nicole was weighing the merits of Reggio Emilia versus Montessori when Hilda came outside and stretched as if she had just woken from a deep sleep. Even though it was midday, our… END_OF_DOCUMENT_TOKEN_TO_BE_REPLACED 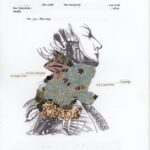 It was a surprise when Jim announced that an old pal called Bob would be visiting. He had spoken of friends from his past, but never had he mentioned this one. “Bob, Robert? Roberto?” “Bob.” “Fair enough,” Paula said. “What is he like? Would you say he’s kind? funny? Peachy? Merry? Depraved? Perverted?” Jim wouldn’t describe people. “Bob,” he said,… END_OF_DOCUMENT_TOKEN_TO_BE_REPLACED 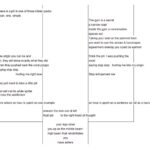 We swim through the living room toward the television while our mother watches reruns of Friends. She yells, “For shit’s sake, stop that, go outside!” But we don’t go outside. It’s the middle of the day, it’s 103 under the pines, and we’ve outgrown—by years—the small plastic pool Mom bought us with her egg money. Egg money buys everything we… END_OF_DOCUMENT_TOKEN_TO_BE_REPLACED

Six minutes outside of Chartres, a family is renting their home to college students taking what they call une année de fossé. The mother of the family, who studied English during her own bright college years, translates to her husband – une année sabbatique is what they mean to say. Only one of the students, Emily, has learned the correct… END_OF_DOCUMENT_TOKEN_TO_BE_REPLACED

They’ve torn from the back pasture whole acres. I hear the machines working at my homecoming down the long driveway. Invisible behind the barn I hear them; the felling reminds me of years spent riding the tree line looking for downed fence, trees wobbled in hard wind, brought down in a hulk of splintered trunk—but these, unnaturally wasted, splinter by… END_OF_DOCUMENT_TOKEN_TO_BE_REPLACED